Caltech researchers have found evidence of a giant planet tracing a bizarre, highly elongated orbit in the distant reaches of our solar system.

Assets on this page are subject to the site use policy.

Evidence of a Ninth Planet 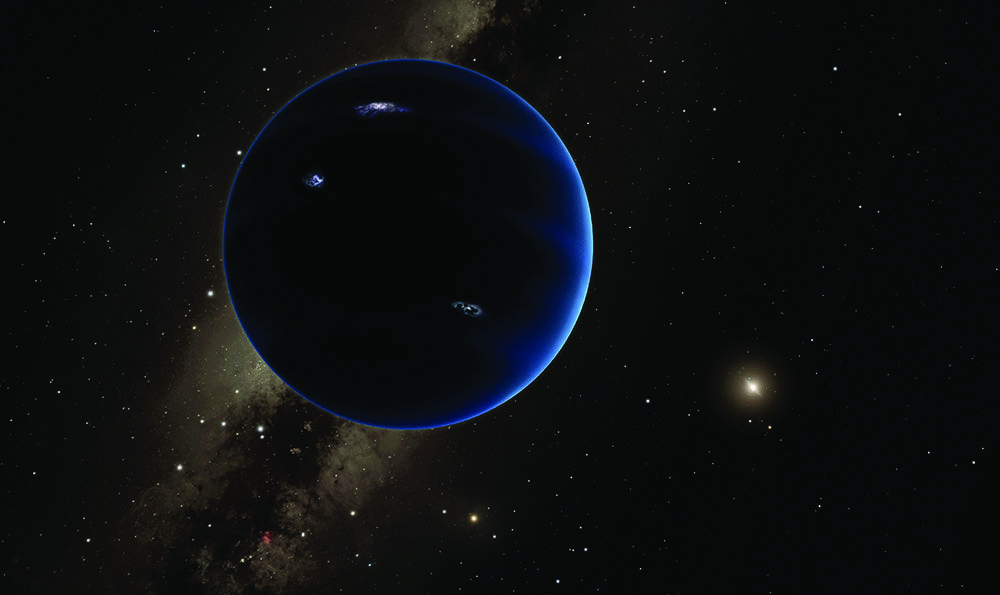 This is a distant view from Planet Nine back towards the sun. The planet is thought to be gaseous, similar to Uranus and Neptune. Hypothetical lightning lights up the night side. 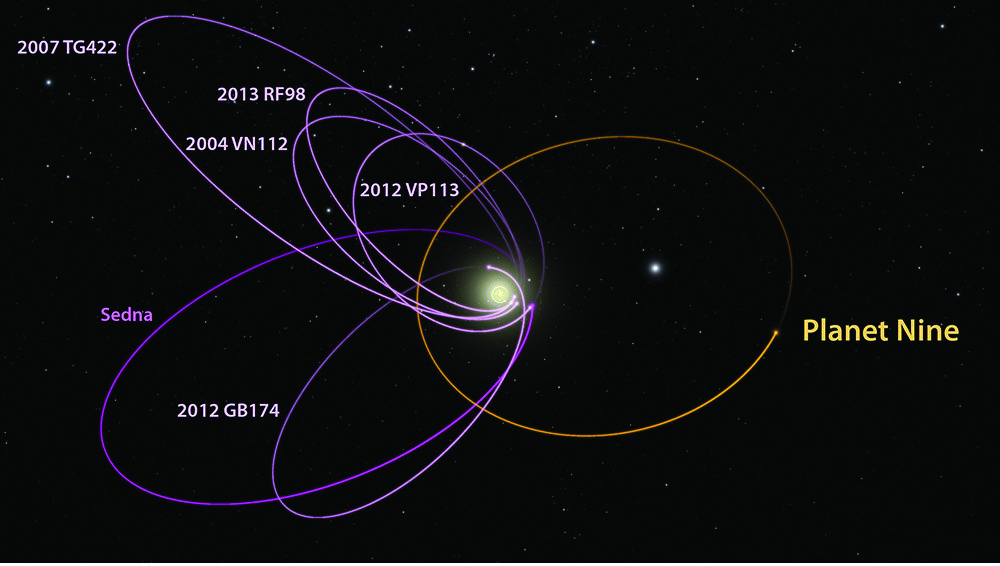 The six most distant known objects in the solar system with orbits exclusively beyond Neptune (magenta) all mysteriously line up in a single direction. Moreover, when viewed in three dimensions, they are all tilted nearly identically away from the plane of the solar system. Such an orbital alignment can only be maintained by some outside force. In their new paper, Konstantin Batygin and Mike Brown show that a planet with 10 times the mass of the earth in a distant eccentric orbit anti-aligned with the other six objects (orange) is required to maintain this configuration. 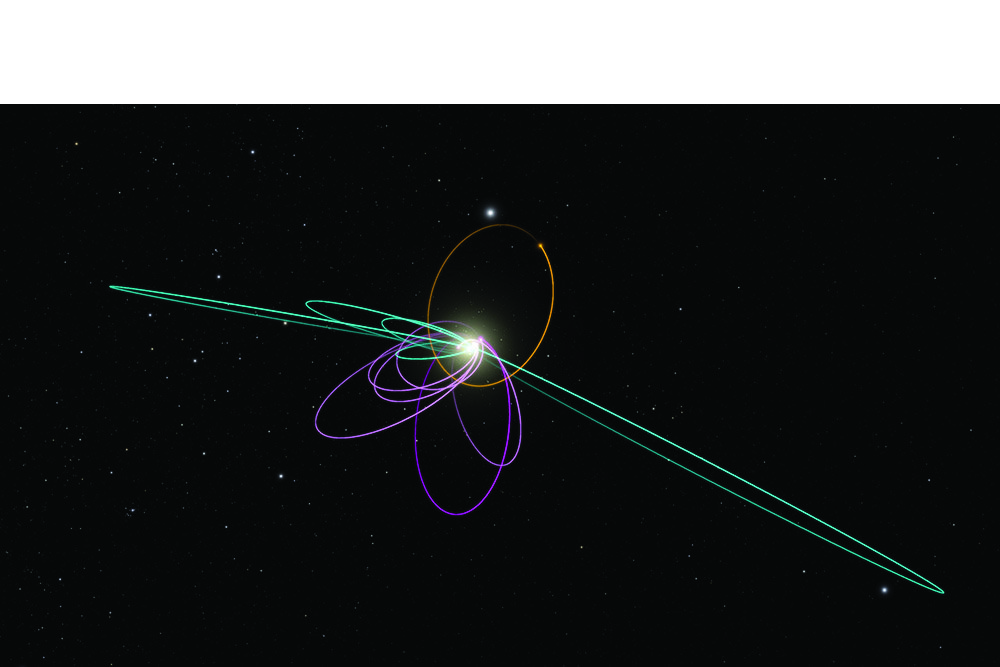 A predicted consequence of Planet Nine is that a second set of confined objects should also exist. These objects are forced into positions at right angles to Planet Nine and into orbits that are perpendicular to the plane of the solar system. Five known objects (blue) fit this prediction precisely. 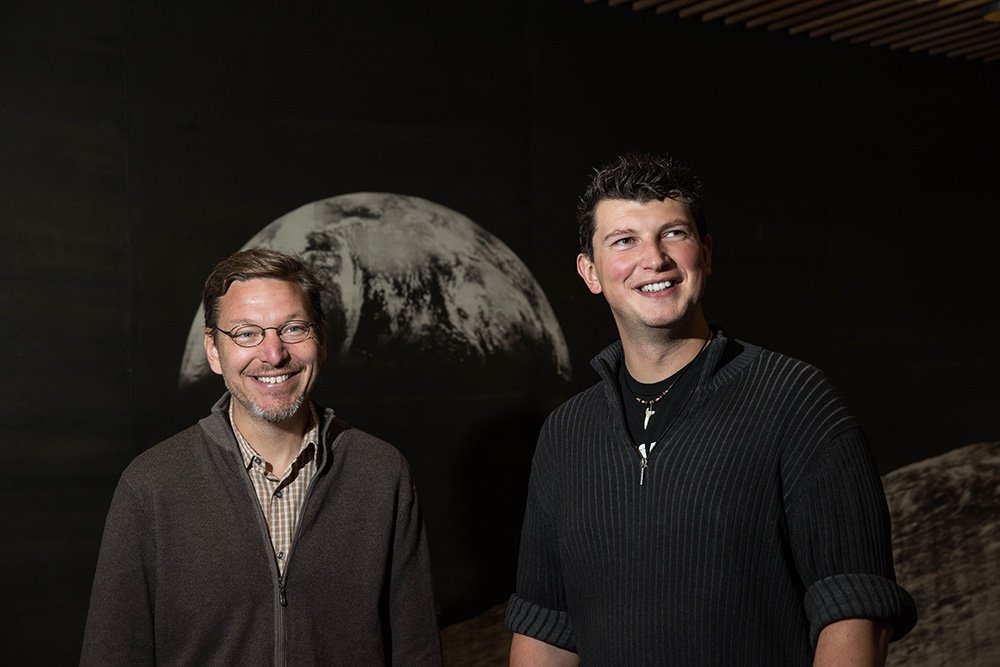 Caltech professor Mike Brown and assistant professor Konstanin Batygin have been working together to investigate distant objects in our solar system for more than a year and a half. The two bring very different perspectives to the work: Brown is an observer, used to looking at the sky to try and anchor everything in the reality of what can be seen; Batygin is a theorist who considers how things might work from a physics standpoint.